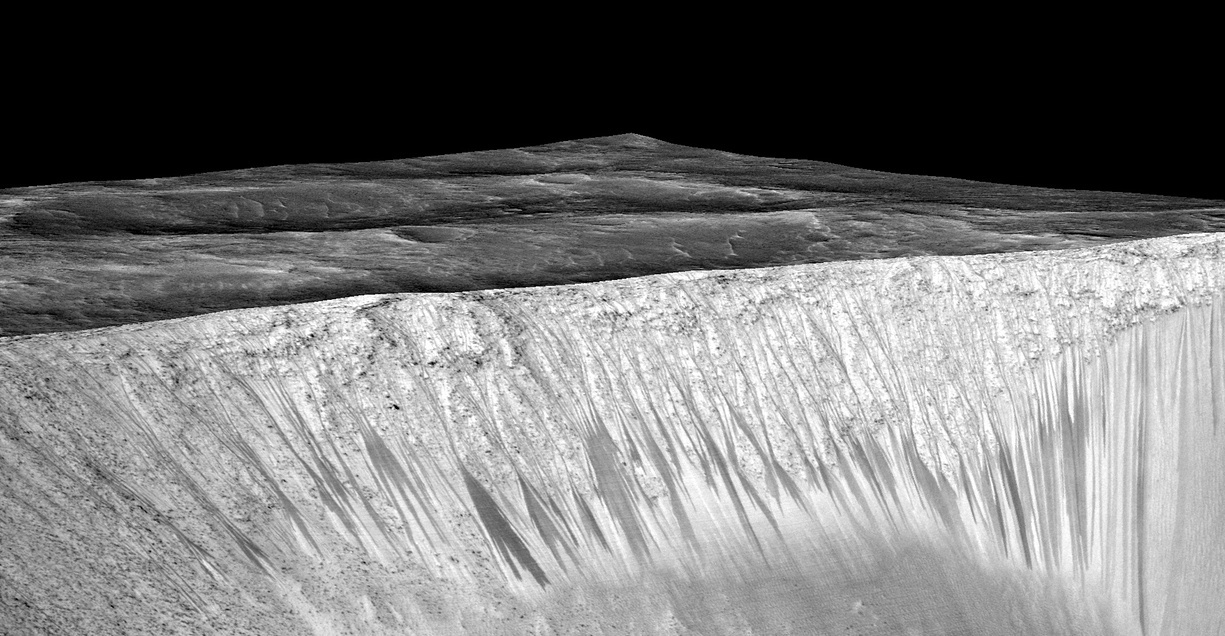 The Curiosity Rover has discovered liquid water on the surface of Mars. While this is an epoch-defining moment for planetary scientists and astro-biologists, the news also heralds a new peril for the P & C insurance industry. Martian Flood is a nascent market, and preparatory work is already underway to enable early innovators to enter it.

The announcement came two weeks ago, and stated that liquid water was observed to be seeping from the sides of canyons and craters. The source of the water is not yet understood, but the leading theories suggest it is coming from aquifers, melting surface ice, or condensation. Regardless of the source, the marks of the water can be seen on the rusty landscape.

By Earthly standards, the flowing water appears to be little more than a trickle. However, with even less historical data than US hurricane, it is impossible to suggest what a flood might look like at various return periods. Was the observed flow an annual occurrence? Did the rover witness a 100 year flood? Was it normal for a summer afternoon? Unknown. 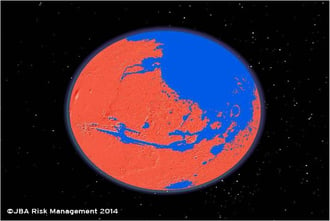 Luckily, here on Earth (in Skipton, to be precise) we have some expertise when it comes to modeling flood on a planetary scale. JBA is a leading builder and supplier of flood models for the insurance industry, and they have indeed been preparing for confirmation that water does exist on Mars. With the release of the Mars Flood Map (MFM) (on the link, scroll to the bottom of the “Good Ideas” page), they have built a tool that can remove some of the guesswork from the initial actuarial calculations as insurers scramble to develop their Mars Flood products. 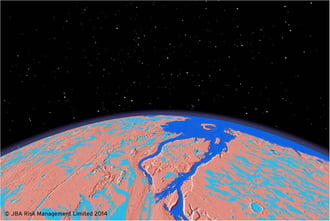 Simon Waller of JBA explained, with some understatement, that, “JBA prides itself in being at the forefront of new developments.” With no existing guidelines for water management yet in place on Mars, JBA has implemented the policy of the UK’s Department for Environment, Food and Rural Affairs, known aptly as Making Space for Water. Mr. Waller went on to explain that JBA is “extending a gesture of friendship to existing or future Martian inhabitants.”

With the discovery of liquid water, it is becoming more and more likely that amoeba-like life exists on the Red Planet. If Martians do indeed exist and are that small, those small trickles of water are nothing less than all-engulfing deluges, capable of washing away entire colonies in minutes. Considering this, the need for flood insurance is very apparent.

Apart from the fact that such Martians are yet to be detected, the main issue actuaries are facing is how to charge for the coverage. The lack of any known currencies on Mars does present a problem. Luckily, there are insurance models here on Earth that do offer guidance on how to build a flood insurance program without any prospect of collecting enough premium to handle expected claims.