Last week BuzzFeed ran a piece on the New Madrid Seismic Zone, a sometimes-forgotten and sometimes-remembered seismic zone in the middle of the United States that could potentially cause over $100B in damage. We took a look at New Madrid earlier this year (though at that time, I couldn’t pronounce New MAD-rid properly), specifically at how only 20% of the homes in the exposed region are insured for quake based on work by Swiss Re.

The BuzzFeed article, The Day the Earth Stood Still by Thomas Gounley, looks at a day 25 years ago this month when the big earthquake was predicted to hit the area. The article is not about geology or seismology, per se, but rather how a certain Iben Browning predicted (with 50% certainty!) that an earthquake would hit New Madrid on December 3, 1990. Needless to say, nothing happened. The article describes the media circus and shows the fun people had on their marquee signs, as well as taking a look at the underlying science of the fault zone. 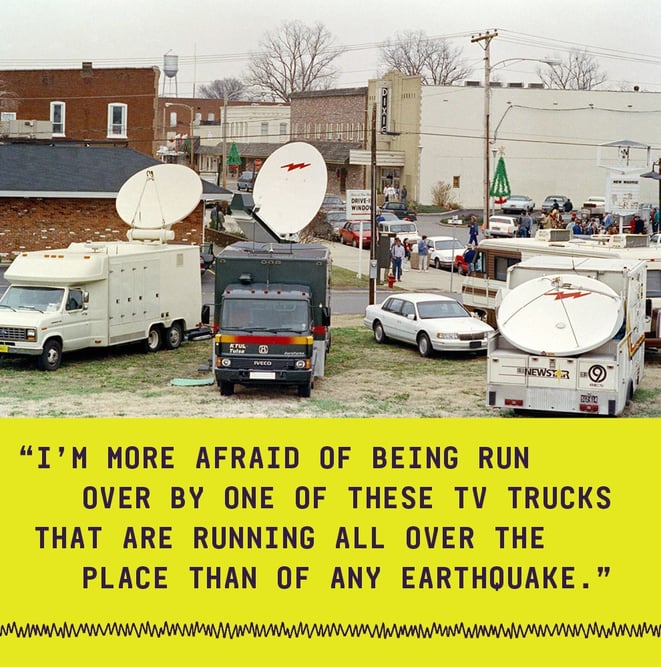 The potential effects of a New Madrid quake are well understood by experts and the insurance industry, but not the general public. The fact a big New Madrid quake could shake St. Louis, Nashville, and even Chicago is a bit of a secret compared to the awareness around potential California earthquakes, or even a quake in the Cascadia seismic zone (which was unknown to modern experts less than 50 years ago). It is important that New Madrid is included in the earthquake conversation with the more well-known west coast seismic zones when discussing coverage gaps and resiliency.

Even though the mechanics of what makes an earthquake are pretty well understood, the relevant measurements needed to predict earthquakes are highly uncertain. Here is a set of lecture slides from University College London that explores the nature and limitations of forecasting earthquakes for readers with some spare time. For readers with little time, below is a quote from Karen Clark and Company from yesterday’s Insurance Innovation Reporter article on the release of their new earthquake model:

While scientists generally understand the geological mechanisms generating earthquake events, many of the earthquake sources, i.e., faults, remain unmapped and unknown to the scientific community. Actual events are frequently surprises in terms of location, magnitude, and resulting damage.

That pretty much sums up why Dr. Browning’s New Madrid prediction was a bit over-ambitious, and why they probably didn’t need to cancel school on December 3, 1990. While there is little uncertainty that another big earthquake is coming to New Madrid (and California, and Cascadia), the timing and nature of those earthquakes is extremely uncertain. In fact, it’s unknowable.