“Flooding was not even a possibility,” Said the Builder in Houston 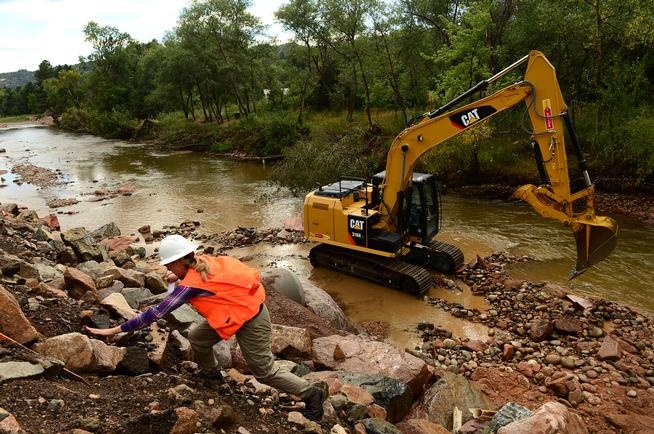 The New York Times continued the national coverage of flood insurance (see the WSJ last week) on the weekend with a long-form piece on The Woodlands. Their writers (John Schwartz, James Glanz, and Andrew Lehren) went deep on a family who bought their home in The Woodlands in 2011, with the reassurance from the builder that the house was definitely out of the “flood zone”.

What could possibly possess anyone, including a builder, to make that statement in South Texas? Thousands of dump-trucks of dirt is what. The developer raised the terrain from a swamp by dumping enough dirt to get it 10 inches above FEMA’s Base Flood Elevation (BFE). In the words of the article, “What they (the homeowners) did not know was that their home, and those of many of their flooded-out neighbors in this new section of The Woodlands, had been built on land that not long ago lay squarely, and sometimes soggily, in a flood plain.”

Yes, this is for real. The developer raised the subdivision to get the future homes out of the Special Flood Hazard Area by giving it 10 inches of clearance above the BFE. For context, Harvey’s flooding around Harris County was typically about 10 feet above the BFE – and that sounds about right for this family – they were evacuated out of their second storey. With what must have been about 9 feet and 2 inches of water on the house, the 10 inches of imported dirt might have saved some upstairs carpet.

Here is another paragraph from the article to consider:

Don Hickey, a 37-year resident of The Woodlands who was an early employee of Mr. Mitchell (the original developer of The Woodlands), said people paid more to live here in part because they felt they would be safe. Mr. Hickey, who works in real estate finance and is collaborating with fellow homeowners to get their flooding problems fixed, summarized the situation in caustic terms, saying, “The developer had an economic benefit to more aggressively develop land around the flood plain or spend less money on flood control.”

When the confidante of the developer can express that opinion to the Times, it’s clearly a bad situation.

The article could supply a month’s worth of blogs – it is well worth a read for anyone interested in flood. It was all over Twitter and LinkedIn within hours, with some extremely intelligent commentary attaching itself as it spread.

If ever there was a single piece of writing that laid out what needs to change with flood insurance in the US, this is it.

Read more about the BFE and it's relation to the families, like the one from the article, affected by Harvey in next week's post.