In Singapore at the SIRC 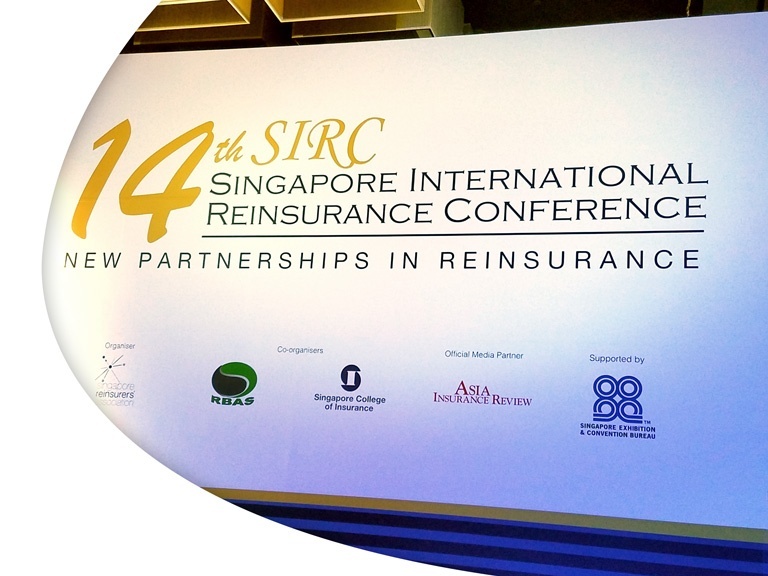 This week I’m attending the Singapore International Reinsurance Conference (SIRC), the largest Asian gathering of the reinsurance industry, including brokers and reinsurers, and the cedants who are their clients. The first thing I learned is that reinsurers are rejecting their recent labeling as “traditional reinsurers”, as new “alternative” capital moves into reinsurance. They now prefer to call themselves “professional reinsurers”. Sounds good!

On Wednesday morning, Mr. Lim Hng Kiang, Singapore’s Minister for Trade & Industry, delivered a keynote that used the protection gap as its key pivot. The Minister quoted that less than 5% of cat losses in Asia over the past 5 years were insured, and stated that the protection gap needs to be closed. A great way to start, for sure.

Mr. Kiang went on to announce how Singapore will help to fill that gap. Among his announcements was a grant program that will catalyze ILS issuance in Singapore. As the protection gap is narrowed, cat bonds will play a part in diversifying the continent’s risk, and Singapore is positioning itself to be the hub that drives that business (a la Bermuda).

More generally discussed, in the literature and in presentations, was the effects of the recent hurricanes (snappy new acronym alert: HIM (Harvey, Irma, Maria) on reinsurance rates.

On one side, Asia has “enjoyed” a soft market because of the global soft market. With the storms and quakes in North America this year, Asia’s rates will be probably be hardened. It remains to be seen by how much.

On the other side is caution, described by Stuart Beatty, the chief executive for JLT in Asia. His warning was sounded: “reinsurers that attempt to increase rates on programs in Asia on the back of the recent cat losses in North America risk losing market share to new or emerging reinsurance capital that has so far struggled to gain market share in the region.” An alternative to rate increases, he went on to suggest, could be nudges on the terms and conditions that have lately been benefiting cedants more and more.

Meanwhile, Kent Chaplin of Lloyd’s Asia cut through the harding/softening market speculation with some common sense. He simply reinforced the need for underwriting discipline as the key to future sustainability and rate stability. To paraphrase, knowing the risk is the key to rating the risk. This is wisdom that supersedes any conversation about the relative firmness of the market.

There is more to explore from the SIRC. The conference is a boon to blog writers, whoever they might be, who are looking for topics to write about.