New Madrid vs. Cascadia: Is There a Lesser of Two Evils? 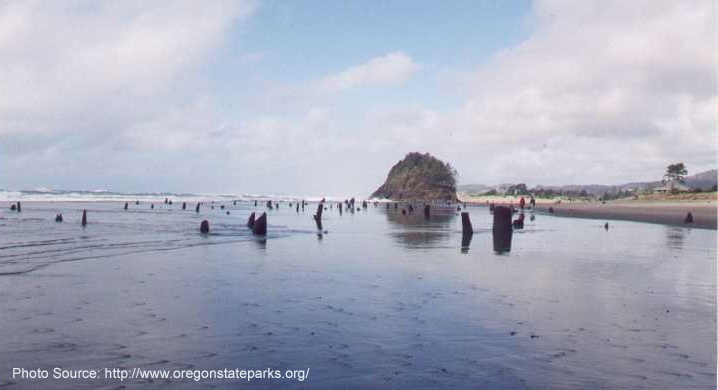 A few weeks ago, I wrote about the New Madrid seismic zone, including how an earthquake there would be the costliest natural disaster in the country’s history. In those two weeks, the readership of that blog post has been enormous (thanks to Iain Bailey at Swiss Re for the original article!), and along with it came many questions and comments that mention the Cascadia subduction zone. So, let’s explore that seismic time bomb, including a comparison with New Madrid.

Until the 70s and 80s, the Cascadia subduction zone was unknown to science. Thanks to a July 2015 article in the New Yorker by Kathryn Schulz, it now has a high profile in the public consciousness. The article recounts the scientific detective story around its discovery, and describes the potential destruction to be wrought when (not if) the earthquake comes. It’s a fantastic – and very scary – article, and it has made the rounds of social and traditional media.

What are the similarities between the two seismic zones? Not much, beyond their shared potential for devastation (human and economic) of large populations.

The differences are more interesting.

To start, these two seismic zones are different types: Cascadia is an interplate subduction zone while New Madrid is an intraplate fault system.

Intraplate fault zones are places where plates have fractured and the parts move relative to each other. The resulting earthquakes are called intraplate because they happen far from the edge of a tectonic plate. These types of earthquakes are believed to have a maximum Richter value in the 8’s. The maximum estimated peak of the New Madrid events was about 8.1, and the 2012 Indian Ocean quakes off Aceh were 8.6 and 8.2, and were probably the strongest intraplate quakes recorded. Another known intraplate fault system in North America is along the St. Lawrence River – the risk of earthquake in Montréal and the surrounding area is real.

Subduction zones, meanwhile, are where oceanic plates move under continental plates, and are found all around the “Ring of Fire”, or the Pacific Rim. Subduction zones cause the most catastrophic earthquakes, typically responsible for all 9.0 and stronger events. Indeed, as one lists famous 9.0+ quakes from the past half century (Sumatra, Tohoku, Alaska, Chile), they are all subduction-related. Decoding the Richter scores reveals that the worst subduction quakes are about 10 times as strong as the worst intraplate quakes.

The Neskowin Ghost Forest is the remnants of a Sitka spruce forest on the Oregon Coast. It was created approximately 2000 years ago by an earthquake of the Cascadia Subduction Zone. Some stumps in the forest are as young as the 1700 Cascadia earthquake.

Maybe the starkest difference between possible New Madrid and Cascadia events, though, is the likelihood of a tsunami accompanying a Cascadia earthquake. Subduction quakes are the main cause of tsunamis, and the coast from Oregon to British Columbia would be extremely vulnerable to a 40’ to 200’ wave of ocean, debris, vehicles, buildings, and trees. The inundation zone of a Cascadia tsunami would be subject to almost complete devastation for reasons Ms. Schulz explores in absolute detail.

Based on the seismic potential, the Cascadia earthquake definitely sounds nastier – and many of the comments I have received say as much. But the crux of the Swiss Re report is that New Madrid earthquakes would be the costliest disaster that could strike the USA, and that is still true when considering Cascadia. The 47 million inhabitants of the New Madrid region are much higher than the Pacific Northwest – the total population of Oregon, Washington, and B.C. is only 15.5 million. The amount of potential damage in the New Madrid area would surpass that of Cascadia, even though the devastation might be more intense after a Cascadia event.

As these impending disasters loom, insurers might consider the 2013 Calgary floods. After the flooding, the insurers (all of them!) paid thousands of claims for flood damage, even though it was an unambiguously excluded peril. Denying all those claims in a time of need would have been anathema to their tradition of helping their customers, not to mention toxic publicity. After an earthquake in either the New Madrid or Cascadia regions, are insurers going to help their customers get a new start if they don’t have earthquake coverage? Will 80% of the damaged homes in the New Madrid region have no claim to make? Insurers have a long and noble tradition of helping their customers after a disaster, and it is likely most (if not all insurers) will be ready to help. In the meantime, those insurers should understand the earthquake risk they are exposed to, even if they are not covering it explicitly, because there is a good chance they are covering the peril, regardless.