The Golden Roadmap to Private Flood (Part I) 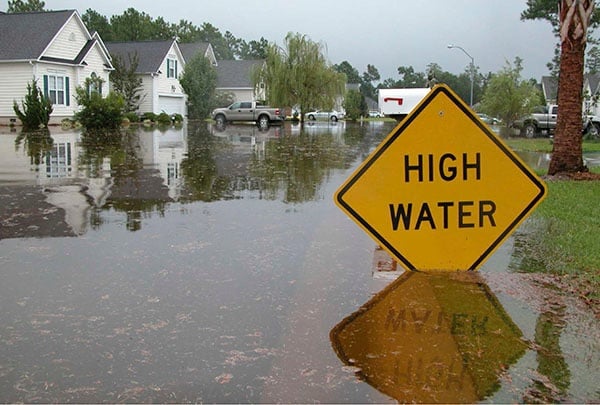 In 2014 Deloitte published a research paper entitled The potential for flood insurance privatization in the U.S. Could carriers keep their heads above water? Despite the marks the authors might have lost in the “Title Brevity” category, they more than redeemed themselves in the all-important “Usefulness” category. This is a white paper that anyone underwriting, contemplating, competing with, or studying private flood should read, over and over. It is such a rich vein of material that The Risks of Hazard is going to write two posts on it this week. Today, we will provide an overview that includes a deeper look at the key problem and solution. Later this week, we will review their survey of all the available ways that private flood can be introduced into the US market.

The title of the introductory section reveals the conclusion: Greater privatization may provide growth opportunities, but leveraging them might be problematic. It is a very safe, uncontroversial conclusion, which makes sense because it was written 2 years before the current private flood legislation is on its way to becoming law. The first half dozen pages of the report offer an orthodox summary and summation of the NFIP, its travails and its successes (yes, it has been a success for some – especially lenders).

Then it gets more interesting.

There is a section called Opportunities vs. Obstacles: What challenges might insurers face in writing more flood coverage? Among a bunch of NFIP stuff (the authors were compelled to include NFIP baggage in their view of a future private flood market), they nailed the main problem and solution facing insurers. To quote the two paragraphs:

Problem: The ultimate challenge is how to underwrite and price flood coverage to reflect the actual risk being faced while keeping such coverage “affordable” for many of the affected policyholders.

Solution: Better Pinpointing High-Hazard Areas. Outdated flood maps have led to inadequate premium pricing and likely provide a false sense of security to residents living in areas that really are at a higher risk of flooding.

Correction – they almost nailed the solution, because they only offer FEMA’s remedy: BiggertWaters aims to correct this with provisions to establish a Technical Mapping Advisory Council (TMAC). The
Act also requires an appeals board to be set up where homeowners and communities can challenge revisions to flood zones in their area.

In other words, the ambition is to create better (no, perfect! Yes perfect!) flood maps. But, that it is impossible. There will never be a flood map that perfectly predicts high vs. low flood risk everywhere, because of this, this and this. Better solutions exist, like this and this, and they are further explored here, and even here.

The report continues through a section outlining the problem of repeat claims, adverse selection and other issues. Then comes the section we’ll look at later this week (ways that private flood can be introduced to the U.S.), a survey of other flood insurance models around the world (like we did here), and then the conclusions. Their conclusions are perfectly suited to conclude this post, too.

The bottom line is private carriers could in theory assume a sizable amount of flood exposure, and thus relieve taxpayers of a substantial burden. Indeed, privatizing federal flood insurance could represent the biggest growth opportunity for property and casualty insurers in years (Protection Gap!). But for privatization to make sense for insurers, carriers will likely at a minimum have to be allowed to scientifically assess risks and price them accordingly, so there are adequate funds available for claims payments, even in worst-case scenarios.

We couldn’t have said that any better.