AM Best has published their annual look at World Catastrophes for 2015 (mind the subscription wall). The main three overall takeaways from 2015 are: 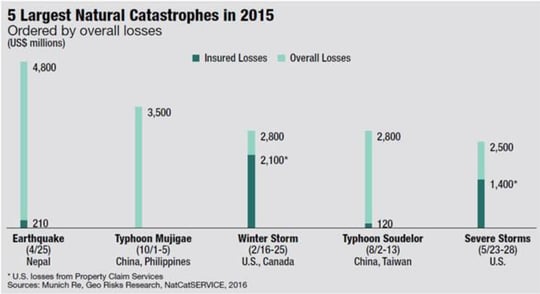 For underwriters, there are other important facts to know from 2015. Here are the top three: