What's up with vertical datums?

Flood modeling is entirely dependent upon elevation measurements, and a hidden but crucial aspect of any elevation measurement is the datum on which it’s based. The datum defines the height of "zero." Once again I've asked my colleague at Intermap, Mike Wollersheim, to contribute his knowledge to the blog. When it comes to explaining what’s up with datums, he’s definitely up to the task. 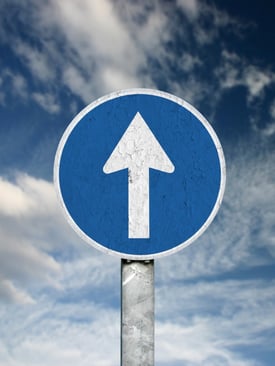 If I told you that your city has an elevation of 3,400 feet, most people assume that I am referring to the height above mean sea level. What else are you going to measure your heights from? It seems obvious unless you really think about it. Then you start to ask questions like:

“If I am in the mountains 500 miles from the coast, how did anyone ever figure out what mean sea level is right here?”

In places where you don’t have an ocean nearby, what do you use as the “zero elevation” from which to measure heights? In the mapping industry, whatever you use as your zero elevation level is called your datum. Elevations can be measured from a number of different types of datums, including a geoid and an ellipsoid.

Geoid-based heights are defined by the earth’s gravity field and are often referred to interchangeably as mean sea level heights. If there were no tide, winds, or currents, then the surface of the ocean would coincide with the geoid. In reality, the geoid must be determined by using local gravity measurements and applying complex physical models.

Although the concept of the geoid has been around for over 150 years, we’ve only recently had the technology to allow measuring the geoid to millimeter-level precision. As technology improves, geoid models are refined and replaced with newer and more accurate ones. And it’s not just the technology that’s changing. The geoid itself changes over time as a result of geophysical activity like post-glacial rebound and mass balances within the earth.

A far simpler form of vertical datum is a reference ellipsoid — a purely mathematical surface that is a “best fit” for the geoid. With just a small handful of parameters, an ellipsoid-based datum can be perfectly identified for the entire earth. Approximating the geoid with a reference ellipsoid simplifies computations and enables efficient cartographic projections. Even GPS technology provides elevations measured from a reference ellipsoid. So why bother with the arduous task of measuring the geoid? Although simple to define and efficient to use, ellipsoid heights can differ from geoid heights by as much as 350 feet in parts of the world. Imagine your surprise when your brand new GPS unit tells you that your elevation is 350 feet as you stand on the ocean shore with your toes in the water. It’s a good thing you understand vertical datums or you might have just tossed your expensive new toy into the briny deep.

The choice of vertical datum is critically important for applications like coastal flood modeling. If your elevation model is based on a reference ellipsoid, the shoreline elevations are likely mismatched from the ocean level (defined as zero in most models), resulting in a virtual cliff or canyon right at the shore line. A flood model will be meaningless here. Any modeled rise in water level will either appear to be contained by the cliff (if the ellipsoid is higher than the geoid) or will appear to engulf a large area of land (if the ellipsoid is lower than the geoid). Coastal flood models must use terrain information that is based on geoid or mean sea level heights to function properly.

Coastal flood model analysis can also be invalid if you are using a geoid model that doesn’t fit the true geoid in a location. A recent article published by the Southwest Florida Water Management district has indicated that they are updating their geoid model to the North American Vertical Datum of 1988 (NAVD88) from the now obsolete National Geodetic Vertical Datum of 1929 (NGVD29). The difference between these two geoids can be as large as 1 foot in that district and up to 4 to 5 feet in other USA locations, which has a huge impact on flooding analysis. FEMA’s Flood Insurance Rate Maps (FIRMs) reference the NAVD88 geoid model due to the superior accuracy of this datum. Accordingly, terrain data used for flood analysis in the USA should use the NAVD88 model to be compatible with FEMA’s FIRMs.

Intermap’s NEXTMap elevation dataset in the USA is available through InsitePro and is provided in the NAVD88 vertical datum. This makes it perfectly suited for flood modeling applications, compatible with FEMA’s FIRMs and aligned with the most current and accurate vertical datum used in the United States.