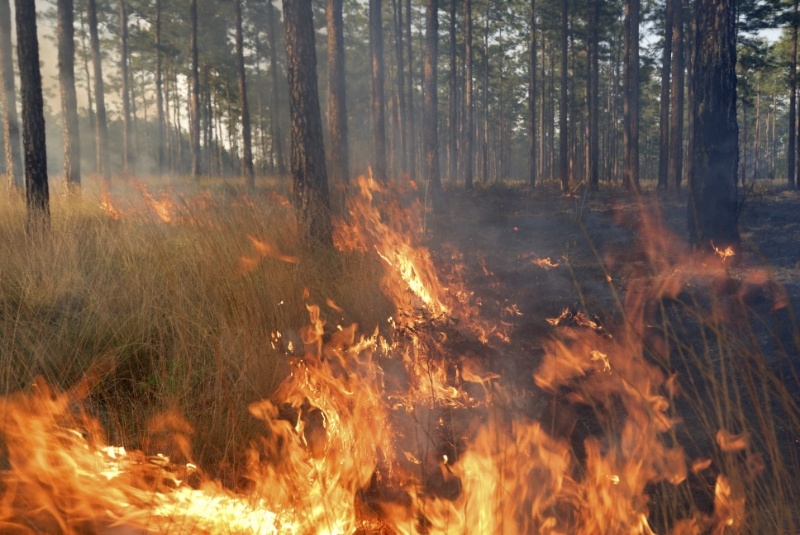 The wildfires in California this month have been historically devastating, on their way to becoming the most expensive and tragic wildfires in the country’s history. These wildfires seem to be unusual, or even unlike anything we have seen before. Sadly, there is a direct comparison – a very recent comparison, in fact.

What has characterized these fires is how they are not hitting traditionally vulnerable areas, chaparral hill areas. It is not the “typical” wildland burning…it is not even pine trees that are driving these fires. They are largely fueled by tall grass and dried leaves . Normally, grass fires are fast-burning, quick-moving fires that fizzle out before causing too much damage (let alone international headlines. But the North Bay Fire (to give the conflagration its official name) is largely a grass fire. Just like the wildfires last year in eastern Tennessee.

The wildfires in Tennessee were grass fires, and the property damage came largely from highly-flammable, dry leaves gathered in the gutters and on the roofs, ignited by burning embers or cinders. Once lit, the fire spread into the framing. In fact, many of the damaged buildings in Tennessee were made with brick and concrete – the gutters and ventilation openings were the only way fire could have got them.

The same thing is happening in California now. Grass fires, in combination with dry fallen leaves, putting embers up into stiff winds, igniting more leaves and more grass (and dry autumnal vines, of course) – and spreading the fire catastrophically fast. This type of landscape is typical with concentrated built-up property. Not the traditional wildland.

The Tennessee fires in 2016 were unusual. The 2017 California fires are a near replica, except with considerably more dire consequences. Unfortunately, this type of wildfire condition, tall grass in combination with dried leaves and strong wind exists from coast to coast. Major wildfires have occurred under these conditions in California, Oklahoma/ Kansas, Tennessee, New York (Long Island) and many, many other areas that are not traditionally perceived as being a threat from wildfire. Unfortunately, these are recurring events, scattered throughout the country.

The good news is that the conditions that make a structure susceptible to such as fire are known, making prevention much simpler. Wildfire mitigation in the tall grass and hardwood areas of the country requires basic home maintenance, such as annually clearing leaves from gutters and roofs, removing leaves and cured grasses from around structures and under decks, and decent yard work. Ventilation openings of a structure, such as roof, wall and soffit vents, also require some attention. Simple mesh screening or specifically designed vents to prevent embers help solve this problem without degrading their cooling function. In fire prevention parlance, this is all the "building envelope".

It will take years for Northern California to recover from these fires, if ever. The fires illustrate the importance of understanding the different types of wildfire - both for prevention and for insuring property.

To learn more about fire prevention, refer to this publication from FEMA.